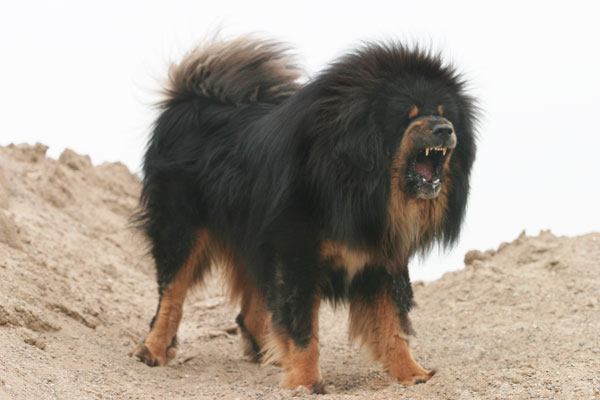 Meet the world’s strongest transport dog, the Alaskan Malamute. Descended from the Inupiat breed of dogs in Western Alaska, breeders developed him to carry heavy freight. He has a soft, but oily undercoat and a coarse outer coat to keep him warm in freezing cold temperatures.

This dog is vicious when provoked. A story in the Sydney Morning Herald surrounds a girl who lost a hand after a Malamute bit it off.

This hardy working dog is an indispensable companion once you control its aggression. Give him a job to do. Let him cart your groceries home. Remember that he has almost unending endurance, so it is important to have many activities planned for him. He may turn your house upside down otherwise. 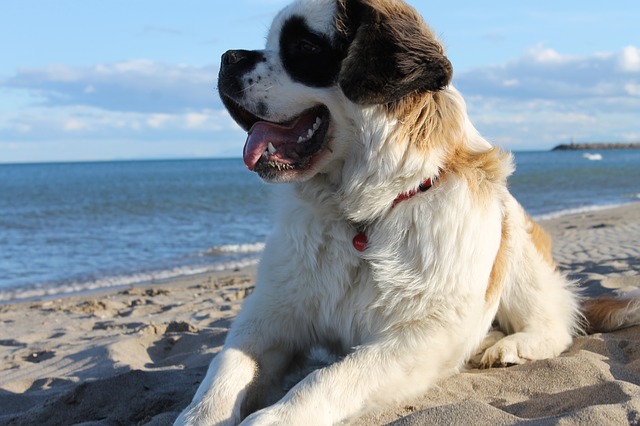 Another working dog, the St Bernard, is an angel in times of trouble. Used for Alpine rescue, this Swiss dog is well-known for his gigantic size.

Having been bred for hunting purposes, the super sized dog has a powerful jaw. The Telegraph shares that a Saint Bernard bit a five-year-old, breaking her collarbone.

The St Bernard suits Suburban living. As expected, he loves a good romp in the snow. Keep his fierceness under control with lots of snow-based activities. 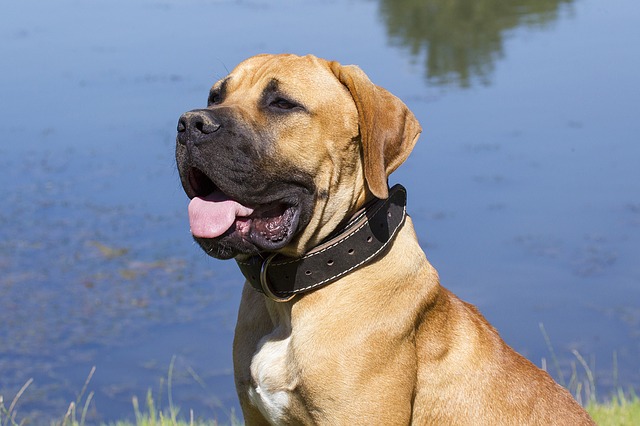 The Boerboel, or South African Mastiff, is the dog you should have if you have property to defend. Breeders conjured this brindle-colored dog to defend homesteads in South AfrIca

A boerboel has a vile bite. Mandia Kunene, a postal worker who was delivering his daily quota of letters, suffered a traumatic attack by three of them. They are on alert almost 24 hours a day. Jackson, a Boerboel, passes his test as a guard dog.

A Boerboel has a balanced temperament that is very attractive. He instinctively knows who, when and what to attack, which makes training him a breeze. Gentle around children, he makes an excellent family pet.

From the line of bulldogs that American migrant workers brought with them, the American bulldog served to guard farms and catch large animals during hunts. Stocky, this brown and white dog has strong muscles.

A bite from an American Bulldog is devastating. A breeder, who lost his arm after his bulldogs attacked him, received a prison sentence because his remaining animals attacked others.

When untrained, the American Bulldog is a terror. The Miami Dog Whisperer helps a bulldog with no social skills out.

Make sure that you introduce your American Bulldog to people from an early age. An active dog, he needs a twice-daily ration of vigorous exercise. He suits families that enjoy outdoor activities, such as trekking.

The Neapolitan Mastiff has unmatched courage. Used to fight people, elephants and other animals in battle, this dog is the quintessential war dog. When the breed neared extinction after World War 2, Premier Piero Scanziani set up a breeding kennel to guarantee its survival.

This dog is definitely susceptible to aggression. The Daily Mail shares a story of Dobo, a Neaopolitan Mastiff likened to the elf in the Harry Potter series of films. One bit a woman to death, nearly earning a jail term for his owner, Alex Blackburn-Smith. Law enforcement agencies worldwide use these dogs for protection.

Consider your readiness to own this dog carefully. Unless given obedience training, his fighting spirit is likely to show itself. With proper social training, he interacts well with people and other pets. He will humor children as well.

Welcome another member of the mastiff family, the Fila Brasileiro. This dog, developed in Brazil, served as a hunting, shepherd and guard dog. He still plays these roles.

This fellow is a unique blend of a Rafeiro do Alentejo, bloodhound and bulldog. His hunting style is as unique as he is. When he spots a prey, he waits for his owner to come and claim it instead of catching it himself. He is capable of showing extreme fierceness, especially when his family or territory is under threat. Out-of-control dogs, including the Fila Brasileiro, attacked a 14-year-old girl in Wigan. When well-honed, his protection skills come in handy. In this video, the Fila Brasileiro practices them in a controlled situation.

This dog does not need anyone to prompt him to show his ferocity, so make sure that you give him strict obedience training. Like other dogs, he will bond with you and protect you in times of need. Owners suggest that this dog, more than any other breed, loves his possessions and hates anything that threatens them. Separate him from children and young animals.

A cross between the Saint Bernard, Caucasian Shepherd and the Caucasian Ovcharka, the Moscow watchdog resembles a big bear. Known affectionately as the Giant Protector, breeders in the Soviet Union created him for military guard duty.

He may look sweet and cuddly, but his sheer size and agility make him a force to reckon with. He tears off his trainer’s brace in a controlled attack situation.

Take the Moscow Watchdog home if you want a dog with a strong pack mentality. He will gravitate to you and your loved ones quickly, as your family will become his pack. So saying, he will guard you with his life. He will stay submissive to you, but do remember to set house rules lest his protective traits show themselves in destruction.

Another war dog that makes lists of dangerous dogs regularly is the Newfoundland. Tough and diligent, this mastiff plays many working roles. Using his extensive capabilities, he served as a watchdog, war dog and even as a star attraction in a circus. One famous Newfoundland accompanied adventurers Lewis and Clark on their expeditions.

The Newfoundland has warlike traits like many mastiffs, and does show them when he is out of control. Two mastiffs, Chum and Champ, avoided euthanasia after attacking a Jack Russell in the neighborhood.

Of course, he performs superbly during protection training.

A Newfoundland will make a wonderful addition to your family, because your loved ones will value his steady temper. Intelligent, he needs mental stimulation. Hone his working dog traits by giving him jobs around he home to do. He will love to guard your belongings or wake your children up. 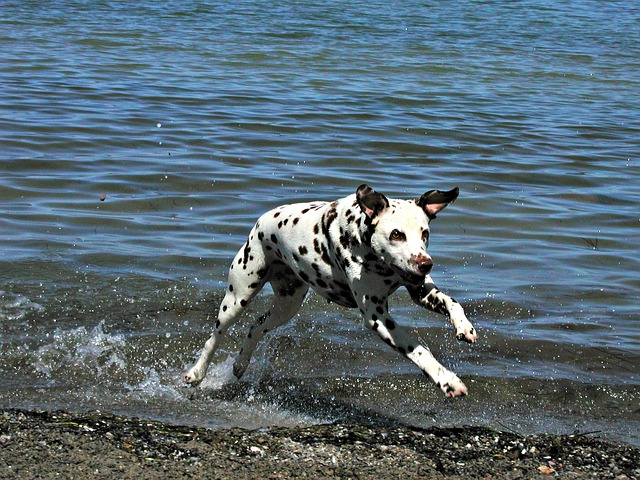 You will associate the Dalmatian with the popular Disney movie series immediately.

It is difficult to miss his charming, liver-spotted coat.He hails from the Croatian region of Dalmatia, where he served as a border guard. Today, he is a popular family pet.

This does not mean that he has forgotten his war ancestry. In 2003, a Dalmatian attacked 2-year-old Niamh Smith. He scratched her eye, nose and throat. The wounds, of course, needed stitching. Dalmatians of old played a crucial role as firehouse dogs, often defending carriages carrying firefighters. Two would run with the coach, on either side. It still serves as a firehouse dog today. Meet Wilshire, the fire dog that teaches children about fire safety.

The 101 Dalmatians movies may have convinced you to get a Dalmatian as a pet. Do remember that he needs a lot of training. He flourishes if his owners have even temperaments. Exercise him regularly, as he is well-known for his destructive tendencies.

The Bandog, born of various cross breeds, refers to a large-sized dog that home owners in Europe and America used as a guardian. He owes his name “bandog” to the chain he was bound to during the day, This dog, muscular and with a broad skull, guards homes faithfully today.

He is a vicious guardian, when provoked. The Bandog is a reliable Protection Dog. Watch how he refuses to let go of his “intruder” during a training session.He exhausts his trainer out completely.

This dog has a stable temper, and usually defers to his owner. If he receives proper social training, he is a hit with children. Stay aware of his strong defence, prey and hunting drives. Separate him from other animals and young children until you manage to teach him basic obedience. 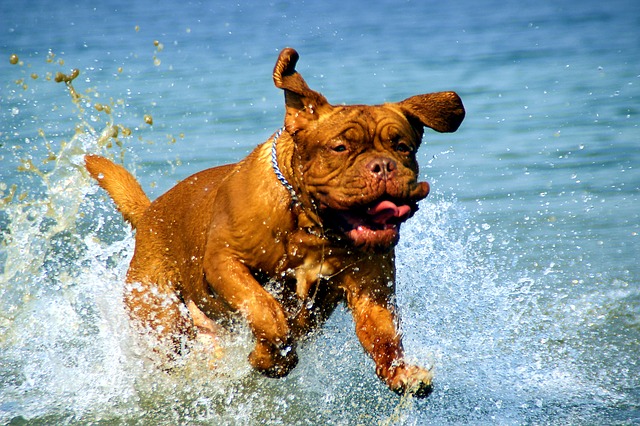 The elegant-sounding Dogue De Bordeaux, or French Mastiff, is a regular working dog, Bred in the Bordeaux region since the 14th century, he plays many working roles. Farmers use him to cart produce and heavy materials.

As gracious as he sounds, this fellow has a nasty nip. He ranks among banned dogs in some municipalities in the United States . He is an excellent attack dog, as this video shows.

This dog is not blindly obedient, so make sure that you develop a close rapport with him if you decide to take him home. Make sure that the laws in your region do not restrict you from owning. him. He is suspicious of strangers, so introduce him to your friends early. Harness his working dog inclinations, and get him to do jobs, like carting loads, for you.

The black-and-white coated Bully Kutta, or Indian Anglu Mastiff, is probably the most used guard dog in Pakistan. His origin is not well-known, but many experts suggest that he developed after British soldiers bred the mastiffs they brought with native Indian breeds.

Of the members of he mastiff family, the Bully Kutta is the most surly. His guardian instincts are strong. His small, but sharp ears stand erect when intruders approach. He makes an ideal Protection Dog.

Being the most dominant of the mastiff breeds, the Bully Kutta is not good with children. Make sure that you induct him in social situations and do not expose small animals to him. 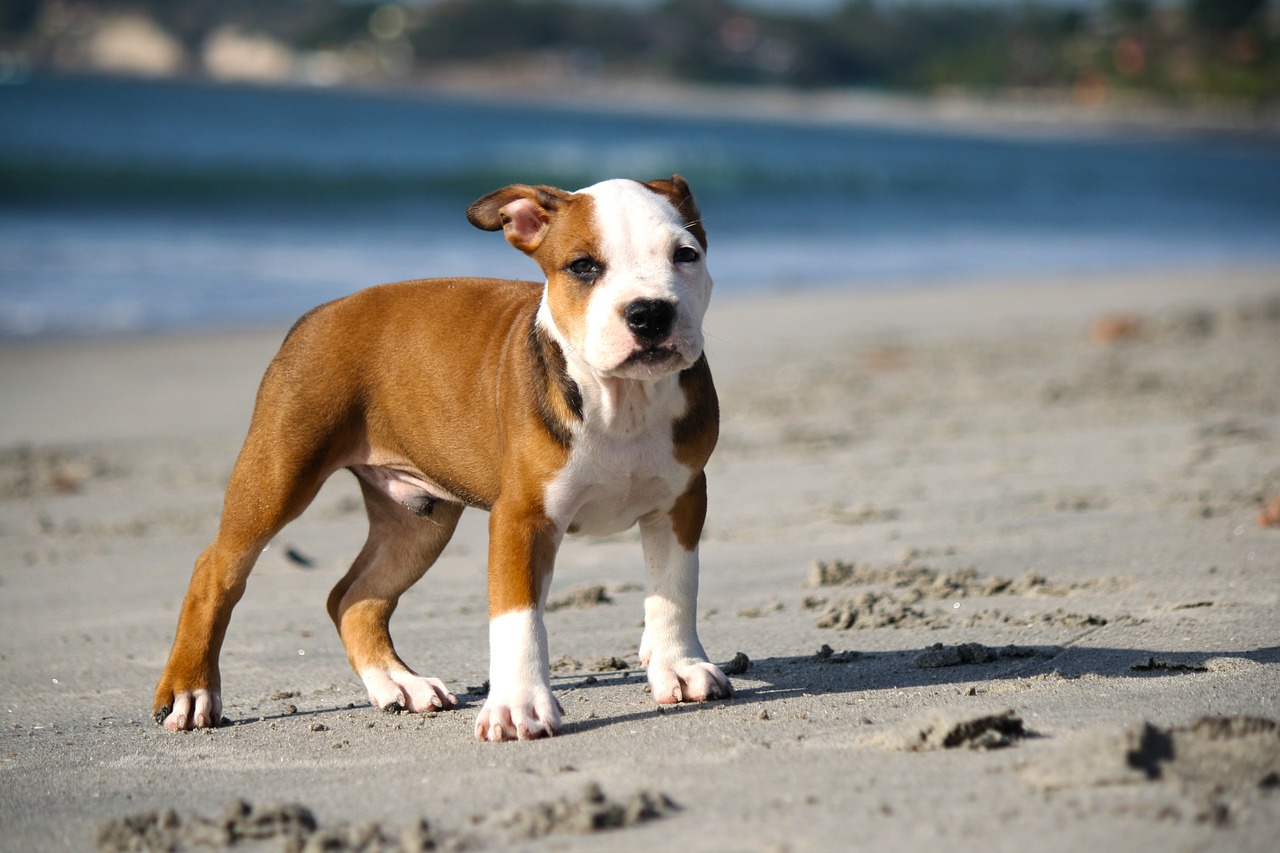 These dogs are the Mike Tysons in the dog world. Fierce, aggressive and always making headlines for the wrong reasons. Due to their natural tenacity and endurance, many people abuse these traits by training them to be fighting dogs. This practice has led to the negative impression that all pit bulls are aggressive. But not pit bulls are aggressive. Cesar Millan has a very friendly and balanced pit bull on his show “The Dog Whisperer”.

Nonethless, there are documented attacks of pit bulls on children, the elderly and their owners. Pitbulls should never be provoked or taunted. They pack a strong bite. Once they bite, its hard to make them let go. And in this article, an 18 mth old baby is killed by the family pet, a pitbull.

Never leave a young baby or child alone with the pitbull. You are just asking for the unthinkable to happen if you do so.

Here you go, a comprehensive list of dogs breeds that can pose a danger to your family. But we believe that they will not be aggressive if given the proper training and guidance.

These most dangerous dogs, like all others, need an owner’s patient care. Stay attuned to their needs, and they will make wonderful companions.