This little fellow is a Cuban native, and part of the Bichon family. It descends from the Blanquito de la Habana or the “little white dog of Havana,” now extinct. 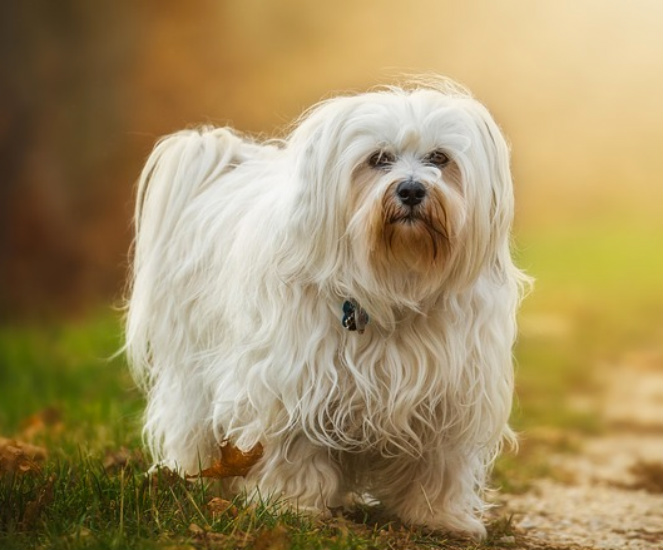 During the Cuban Revolution, many Cubans fled to the United States. Few, however, were able to bring their dogs. Havanese dogs, therefore, is a rather rare breed. The American Kennel Club recognized it only in 1996.

Here are some cute Havanese puppies:

Never underestimate the strength of this delicate-looking dog. The Havanese walks with a sturdy, lively gait and will push with some force when it springs up at you. Its coat is white, according to breed standards, but can come in a variety of colors. The hair is silky and soft. The Havanese is a healthy, rambunctious dog but is prone to eye problems.

This toy dog is intelligent and trainable. Though difficult to housebreak, it responds when made to use a litter box. A Havanese will make a good fit for your apartment because it is sedentary.

Known as the Japanese Spaniel, this little fellow is a Japanese nobleman’s pet. It has a unique heritage, being both a lap and companion dog. 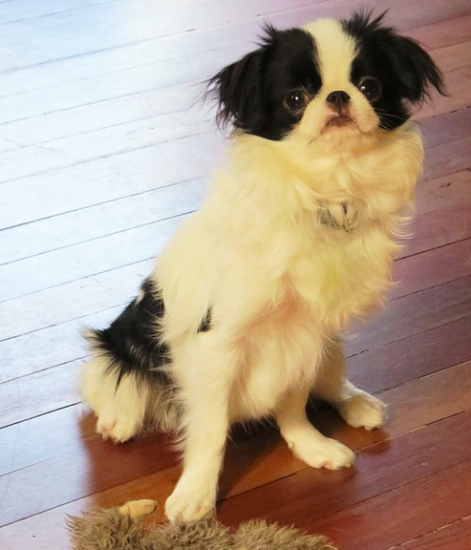 Most breeders acknowledge that the Japanese Chin has Chinese roots, but argue over how it arrived in Japan. Some maintain that Korean rulers gave them to Japanese royalty in 732 AD. Others feel that the first Chin graced Japan in 1000 AD. However they arrived, people used them as working dogs.

You can tell the Japanese Chin from its eyes, which are wide set. Other telling features are its short, broad muzzle and unique facial markings. The standard color for the Chin is black and white.

A Japanese Chin is most prone to health concerns like dislocated kneecaps (Patella Luxation) and seasonal allergies. Its quiet, cat-like temperament will make it an ideal resident of an apartment complex.

The Russian Tsvetnaya Bolonka says “Zdravstvuj” or hello. This Bichon-like breed is a delightful creature to have in your living room. It is a rare breed which gained fame after Kate Middleton chose it.

The Russian Bolonka is outstanding because of its wavy coat. It may have gray, wolf-gray, red or brown. It requires grooming but is hypoallergenic. You can play with it without worrying about breathing difficulties.

This Bolonka Shows off some Cool Tricks:

The dog a gift from King Louis the IV of France to the Russian nobility. In later years, dog lovers in Moscow wanted to develop a dog that had a suitable disposition for apartment living. The dog gained fame throughout Europe, notably in France and Germany.

Like other small dogs, it may be prone to luxating kneecaps and hip dysplasia. The breed’s health issues go undocumented because it is rare.

The Bolonka is playful, sturdy, and smart. Its gentle nature makes it suitable for life in your apartment.

Say hello to the Lowchen, or the Little Lion Dog. It is a non-sporting breed, and one of the rarest in the world. Kennel clubs only register a few hundred at any time. 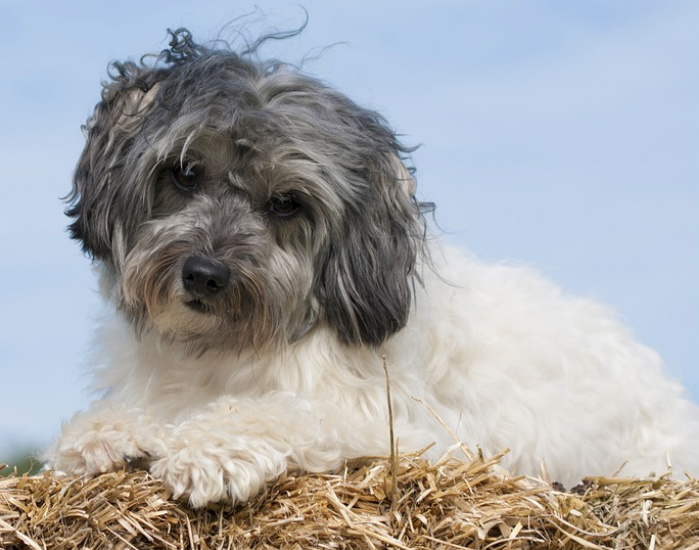 The Lowchen is an old breed. You will find representations of it in many old drawings and paintings. It was a companion dog to the wealthy folk of Europe.

The Lowchen’s coat comes in many colors. There should be a mix of thick, dense hairs among silky ones. Its long coat does not fly away but is subject to mats. It has floppy ears and round, engaging eyes. This dog’s head is in proportion to its body, giving a regal, lion-like appearance.

The Lowchen’s coat needs regular combing. This dog does not shed but is susceptible to mats. It has sensitive paws, so do not let it lick them.

The Lowchen has a friendly disposition and loves children. It is active and intelligent. Note that it is prone to separation anxiety. This hypoallergenic dog makes an ideal house pet and will warm to apartment life.

This little white dog will steal your heart. The Maltese dog is a toy breed that originates from the Mediterranean island of Malta.

Experts debate on this dog’s origin. Some of them believe that it came from Asia and is related to the Tibetan Terrier. Others maintain that it descends from the Spitz. Its exact origin, however, remains unknown. 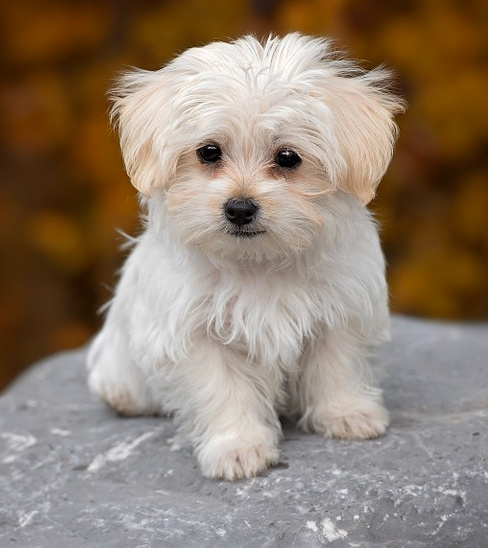 According to breed standards, the Maltese dog has a rounded skull. It has a compact body and dark skin pigments that give it a haloed look. It should have a pure white coat. It walks with a proud jaunt and is a well-behaved dog.

A Maltese is a lively, playful fellow. It may snap when irritated, so do supervise it when it plays with children. It thrives in enclosed spaces, which makes it an ideal apartment dog.

The Maltese Shih Tzu hits the runway. This mixed designer breed results from a cross between, as expected, a Maltese and a Shih Tzu.

The Mal-Shi has no official recognition but is well-received by enthusiastic dog owners nonetheless. Like their Shih Tzu relatives, they come in brown, white, and black colors. It has a curly tail as well. 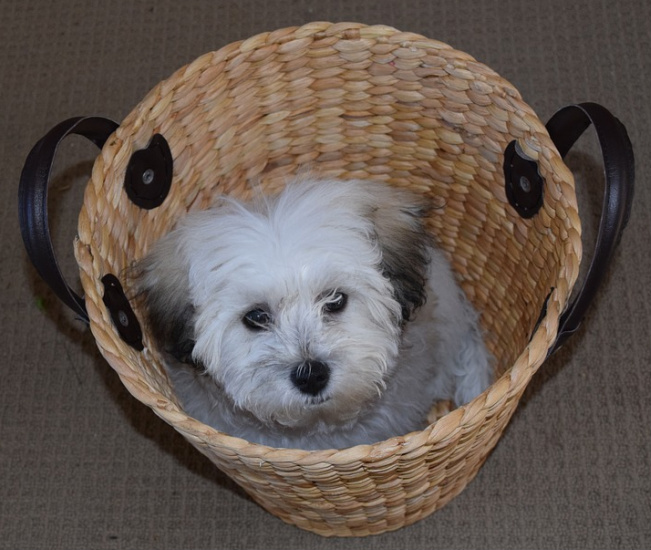 Like the Shih Tzu, it is a Brachycephalic dog that has a flat face, and by extension, a narrow windpipe. That makes it prone to heat stroke and respiratory problems. It has a tendency for patella luxation as well.

Like the Shih Tzu, it is a playful, affectionate, pleasant dog that sticks closely to its owner. Note that it has a high prey drive, so you may want to keep it away from your rabbits and hamsters.

The Mal-Shi’s quiet, reserved nature makes it suited to apartment life. This dog has no routine walk requirement, like some of its canine counterparts, another boon for keeping an apartment dog.

Say hello to the Maltipoo, a hybrid of a Maltese and a poodle. Many breeders consider it a toy dog.

The Maltipoo’s coat comes in a wide range of colors. The hairs may be peach, gray, black, brown and fawn. Many of them are a combination of white and any of these colors. 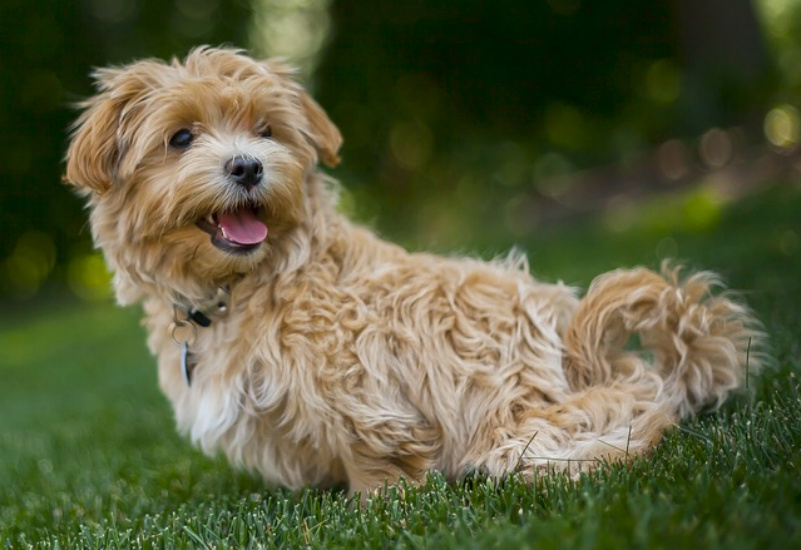 The Maltipoo has gained celebrity status. Harley Quinn, a paper-shredding Maltipoo, became famous after a YouTube video of it went viral. Reilly Rosalina, won fans after pictures of it and its owner went live on Facebook.

Watch these Cute Maltipoos in ACTION:

Like the Maltese and other small dogs, the Maltipoo may be susceptible to Patella Luxation. This dog may develop eye conditions like the poodle. These include progressive retinal atrophy (deterioration of the retina) and cataracts.

The poodle, being the second cleverest dog on Earth, must have smart descendants. The Maltipoo comes up on top in intelligence as well. It responds well to agility and obedience training.

The Maltipoo, owing to its size and calm nature, is an excellent apartment dog. Its watchfulness makes it an ideal sentinel for your home as well.

Meet the Manchester Terrier, a smooth-haired terrier with a lot of spunk.

Like most terriers, the Manchester was a rat-baiting dog. The English produced it to chase the rodents that prowled London’s streets. Rat killing was a favorite sport, and John Hulme, an advocate of rat baiting, created it to help with rodent coursing. His attempt was so successful that it led to the establishment of the Manchester. Experts consider it the oldest of the terrier breeds.

Watch a Few Cherry Picking Manchester Terriers in Action below:

Black and tan hairs combine to form this dog’s smooth coat. It has a long, tapered nose, unlike most terriers. This dog has a compressed skull and a broad chest. You may confuse it with a Pinscher.

Like most terriers, the Manchester can have a dominant streak. It is loyal to its owner, and its intelligence is incredible. It will discern your intentions before coming to you. The Manchester will adapt to apartment surroundings, owing to its sheer size. 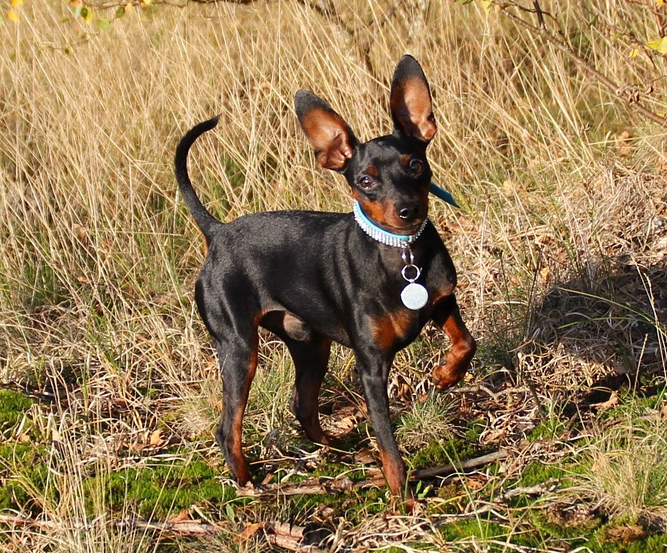 The Min Pin, the dog’s affectionate moniker, is a compact, sleek toy or companion dog. You will recognize it by its hackney-like action and fearless behavior. It has straight, sturdy legs. Other outstanding features are its docked tail, short, cropped ears, and a red-tinged coat. Hair colors may be fawn, solid red, stag red, black or chocolate.

Watch an Introduction to the Mini Pinscher:

The Min-Pin is a fuss-free pet and needs only occasional brushing and shampooing. It does not have a thick coat, so you may need to give it sweaters to wear.

This fellow has a few health problems. It is prone to eye diseases such as retinal atrophy and heart-health issues as well.

Small as it is, the Min Pin is no pushover. It is assertive, independent and active. Note that it relates better to adults than children as it is a bit rough. That said, its tiny size makes it suitable for apartment living.

Who says that you cannot have butterflies in your apartment? Give a big hello to the Papillon, a “butterfly” that appreciates small spaces. It is a toy dog of the Spaniel type. 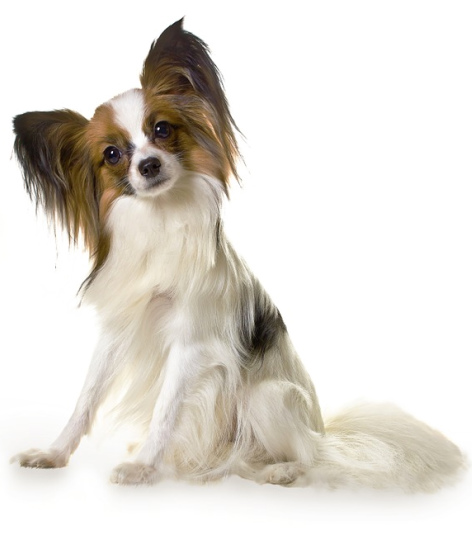 “Papillon” is French for butterfly. The Papillon gets its name because its long -tinged, butterfly-shaped ears, which are either dropped or erect. Its small head is round and comes to a distinct point. It has a single coat that has a frill around the ears, chest, back and tail. The coat needs regular grooming.

Here is why Papillon can bring great joy to your home – Watch This:

This little fellow is healthy, but patella luxation, dental problems, and seizures are not unusual. It will live for about 11.45 years.

Children may find it reserved, but it is, in general, friendly and rambunctious. Note that it may be defensive, so do watch around children who may tease it. However, it is not naturally aggressive, which makes it the perfect family dog. It will find a home in any corner, owing to its small size.