Peekaboo. The Peekapoo is ready to play catch with your kids in your apartment.

The Peekapoo is a cross between a Poodle and a Pekingnese. It is a small dog that is white, black, brown or tri-colored. A Peekapoo’s coat, like its Poodle parent, needs regular trimming. 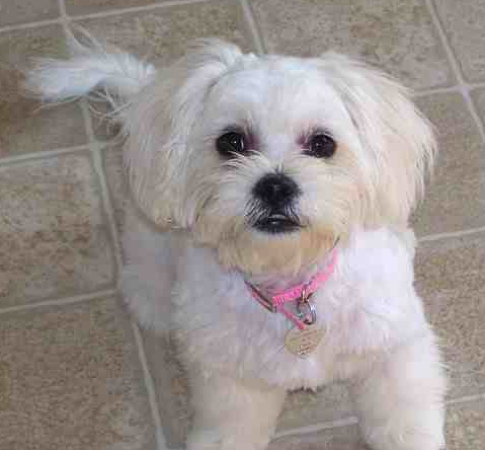 A Peekapoo, like its poodle relatives, has sensitive skin. It should not be near a roaring fire. Further, it may develop health concerns such as elbow dysplasia (dislocated elbows) or progressive retinal atrophy.

Here are a few Peekapoos in a park. Enjoy:

This dog is affectionate and loyal. It will attend to the members of the family and follow you everywhere. It loves nothing better than to snuggle with you on your couch. It loves being around children.

A Peekapoo nips. It may be slightly uncomfortable around strangers and send “warning barks” to them. Note that it is food-aggressive as well. These negatives aside, this little fellow is easy to housetrain and will not mess up your apartment.

Do you have a taste for the oriental? Welcome the Pekingese into your apartment. This dog has its origins in China. 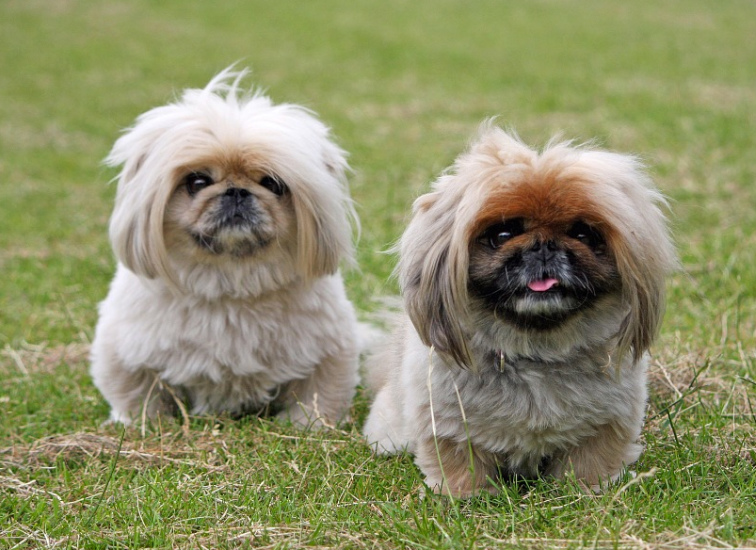 The Pekingese does not have the moniker “Little Lion Dog” without reason. The Chinese awarded it the name due to its uncanny resemblance to Guardian lions. Like guardian lions, it is stout, muscular and resilient. It has a compact body that is quite low to the ground. Unique features are its bowed legs and instantly recognizable black mask. Its coat can be in a range of color combinations.

Here is a pair of Pekingese playing:

The Pekingese is prone to neurological and cardiovascular problems, so it is advisable to watch its weight. It is also prone to the Brachycephalic Syndrome, as its flat face and shortened windpipe may restrict its breathing. If you take care of it, it can live for many years.

The Lion Dog is affectionate but can become aggressive when teased. Supervise it around small children. This dog is relatively quiet so that it will do well in your apartment.

Three cheers for the Pom-Pom, or Pomeranian. This cheery soul originates from the Pomerania area in Germany. This sharp-voiced dog is a relative of the Spitz. 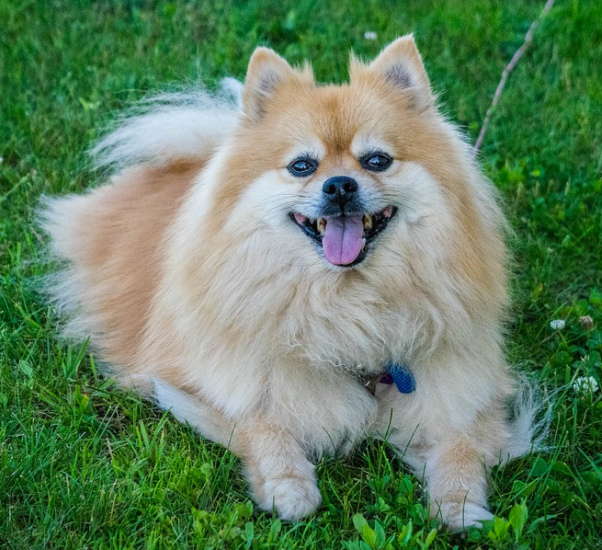 The Pom-Pom has been a favorite of royalty since the late 18th century. England’s Queen Victoria owned a small Pom-Pom, and the breed became popular as a result. This little dog is well received all over the world.

Watch Some of the Funniest Videos on Pomeranian below – MUST WATCH!

The Pom-Pom is a compact, sturdy dog with a fluffy, textured double coat. You can distinguish a Pomeranian by the tuft of fur around its neck. Its coat can be in a variety of colors, including black, brown, red, white, orange, blue, cream, and tan. It may be spotted as well. The coat needs regular grooming.

The Pomeranian is a sturdy fellow, but its lightweight build makes it prone to problems like hip dysplasia or dislocation and Patella Luxation. It is also prone to early tooth loss and a narrow trachea that may collapse if there is too much excitement.

The Pom-Pom is typically friendly, lively and playful, but may have a Napoleon Complex and try to dominate other dogs. It is alert to changes in the environment and will guard your apartment responsibly.

The Poodle makes an impression with its elegant appearance and cleverness. You will know it straight away because its owner is likely to give it a Vidal Sassoon-like hairdo. 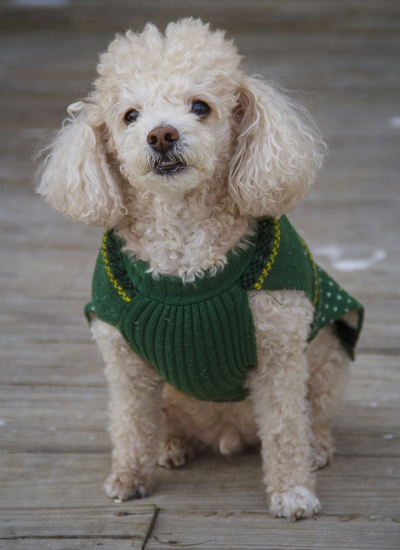 Experts dispute the Poodle’s origins, but many of them believe that it may have come from Germany. French breeders standardized it, and it became France’s national dog, owing to its extreme popularity. Owners valued it for its swimming ability. They used it to chase ducks and other game.

The poodle stands out straight away because of its elegant appearance. It comes in miniature, toy and standard sizes. It is a squarely built dog, and breed standards state that it should be well-proportioned. Its coat, of course, needs regular grooming to give it a refined, fashionable look. It comes in silver, beige, silver-gray, apricot, white, black and red colors.

A Poodle is prone to thyroid issues and tracheal collapse. It may also develop Addison’s disease, which occurs when the body’s adrenal glands do not produce enough steroid hormones.

The Poodle is highly sociable. The second most intelligent dog in the world after the Border Collie, it is highly trainable and will suit apartment living to a T.

The short-muzzled pug is instantly recognizable. You cannot mistake its black mask or compact square body. 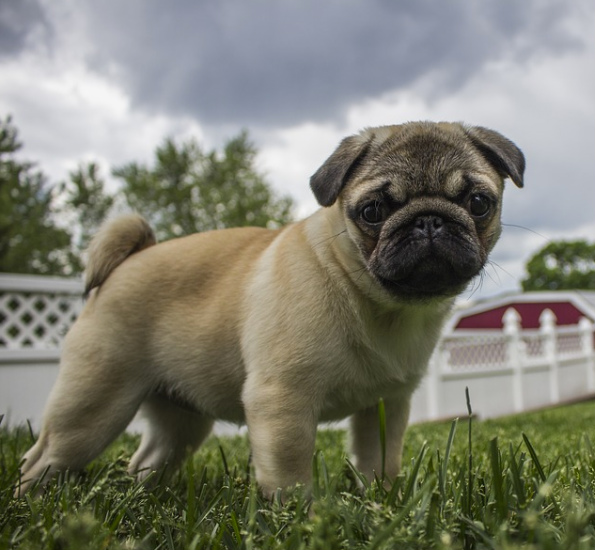 The Pug hails from China. Merchants brought it to Europe in the sixteenth century. The House of Orange in the Netherlands made it intensely popular. It arrived in England because Queen Victoria developed an intense passion for the dog.

Pugs and Babies – The Video Below will Brighten Up Your Day:

Modern Pugs have a squarish, cobby body, and sturdy muscles. They may have apricot fawn, fawn or black coats. Its rose-ears set it apart from many other breeds. Kennel clubs accept button ears as a standard as well.

A pug, with its flat face, is a Brachycephalic dog. It has a shorter airway and is prone to the “Brachycephalic Syndrome.” Dogs which suffer from this condition may experience heat stroke and breathing problems. If you own a pug, make sure you hose it down after its walk. Eye Prolapse, or eye bulging, is not uncommon.

A pug has a strong will but is not as aggressive as it looks. It will adapt well to apartment life, and make a well-loved addition to your family.

Do you have a problem with vermin in your apartment? Perhaps the Rat Terrier can be of assistance. Intelligent, it still assists with pest control and is a well-received family pet as well. 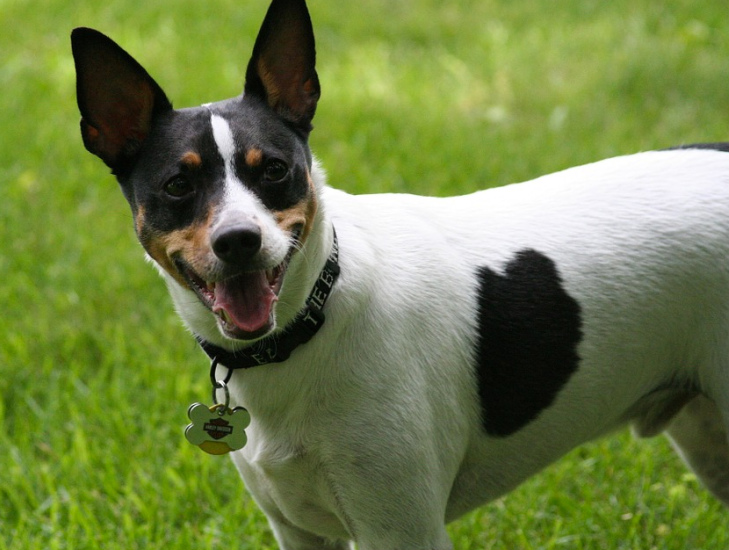 British migrants used this little dog as a rat-baiting tool on ships. The first record of it was when archaeologists discovered the remains of Hatch, a rat-baiting dog, in 1982, Its speed made it highly suitable for controlling vermin. It became a celebrated hunting companion.

Watch an Introduction Video about the Rat Terrier:

The rat terrier is a sleek, refined, muscular dog. It has small bones. It usually has a short, black and white coat.

This dog, being as active as it is, is healthy. Due to its light structure, it is prone to Patella Luxation and hip dysplasia.

The Rat Terrier is an earnest, non-aggressive dog. Like other terriers, it has a mind of its own, and an off-switch that makes it love lounging on the sofa. It is highly trainable and easy to housebreak, so keeping it in a confined space will not be an issue.

Bid “Ohio” to the Shiba Inu, an energetic Japanese dog that copes well in almost any environment. It does particularly well in mountainous terrain. 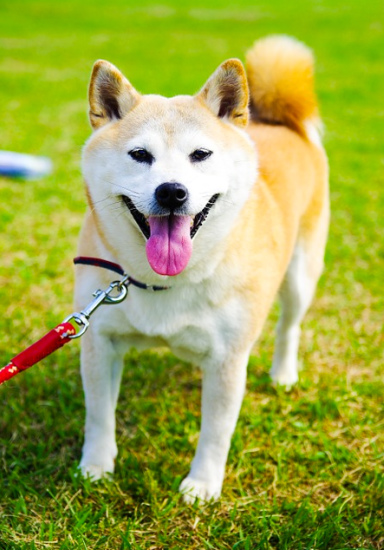 The Shiba is a well-toned dog. It has a double coat and does better in cold climates. Kennel clubs recognize tan, red and black colors. It should have a gray undercoat.

This Japanese native used to hunt small game. It became a rare breed after WWII, owing to severe food shortages. It descends from the Shinshu Shiba of the Totton Prefecture.

Watch some Funny videos of Shiba Inu Below:

This active dog is robust and healthy. Because of its light, fine-boned structure, it may develop Patella Luxation. It is also prone to allergies, cataracts, and glaucoma.

This mountain dog has an independent, resilient nature. A hallmark of this breed is spirited boldness, so it will tend to behave rashly at times. Note that it has a powerful prey drive, so you will do well to keep small animals away from it.

The Shiba’s high trainability and adaptability make it ideal for apartment living. It will be relatively clean as it is vain and loves to preen itself. It requires little grooming, which is a must for keeping a dog in close quarters.

The Shih Tzu has earned a well-deserved moniker, the “Chrysanthemum Dog.” , probably because of its regal demeanor. The chrysanthemum is a flower that represents Chinese royalty. 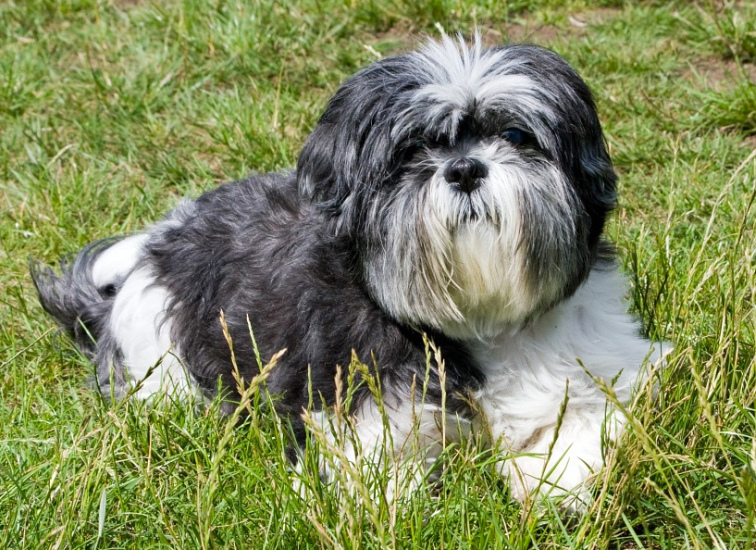 The name “Shih” comes from the Chinese word for lion. The Shih Tzu got its name because of its lion-like appearance. One theory states that it stems from a cross between a Pekingese and a Lhasa Apso. The first dogs arrived in Europe in 1930, and breeders categorized them as Apsos.

Shih Tzus are prone to intervertebral disk disease. It is a Brachycephalic breed and has a flat face. As a consequence, it has a shortened windpipe and is prone to respiratory problems. It may also suffer from eye issues and allergies.

The Shih Tzu is loyal, affectionate, but may not trust strangers straight away. This dog is stubborn and may not do what you tell it to at once. It is an excellent watchdog, which will make it a qualified guard for your apartment. This fellow is also quite quiet, and will not disturb neighbors.

Open your apartment doors for the Silky Terrier, a native of Australia. Australian breeders developed this dog, which is close to the Yorkshire Terrier that the British brought to Australia in the 17th Century.

This fellow is compact and short-legged. Its standout feature is its long, silky coat, which comes in shades of gray, tan, and white. It requires regular grooming. This dog has a high-set tail and almond shaped eyes.

Witness some of the Most Beautiful Silky Terriers in the World below:

A Silky Terrier, like other small, light dogs, is prone to Patella Luxation (kneecap dislocation). Hypothyroidism and Cushing’s Disease are not unknown among Silky Terriers.

This little dog has a high-energy level and will need daily walks. Like all terriers, it has strong chasing instincts and will go after your rabbit if it is within reach. The Silky is stubborn and difficult to housebreak. It also has a propensity to bark.

However, it is a keen watchdog and will alert you to suspicious activity in your apartment.

Make room in your apartment for “King M,” or Mini Schnauzer. There is no mistaking this dog’s regal bearing. 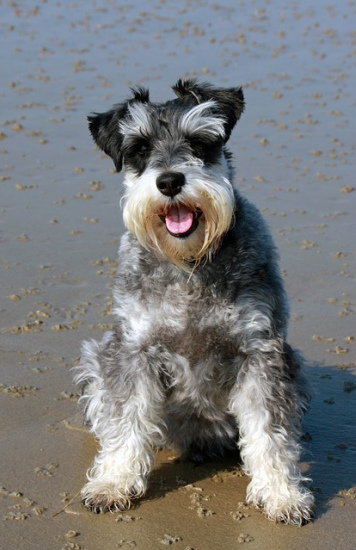 The Schnauzer has its roots in Germany. It came into being because of cross-breeding between standard schnauzers and smaller dogs like the Affenpinscher. Owners used them to trap rats.

A Mini Schnauzer has a beard, which gives it a ‘kingly” appearance. Its coat is in any of four colors – solid black, black and white, silver and a grayish-black color that is known as “salt and pepper.” It is a non-moulting dog that sheds minimally but does need regular grooming. Stripping will give it the standard ‘Schnauzer” cut that involves a short coat and tufted legs.

Watch a Cute Miniature Schnauzer playing around in the Summer:

A Schnauzer is healthy, but prone to obesity-related problems such as Chronic Liver Disease and Diabetes, if not looked after. Some may develop Von Willebrand’s disease, a rare blood clotting disorder that results because of a missing blood protein.

The mini schnauzer is a terrier type of dog but does not have a terrier personality. It is playful and alert, but not as aggressive as other terriers. It has a reasonably strong territorial instinct and makes an alert watchdog. It has a quiet demeanor and will adjust well to apartment life.